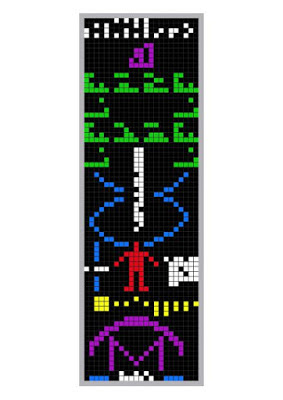 Some want to send messages to aliens; others want to decipher messages sent by assumed aliens. Image courtesy of Arne Nordmann, CC BY-SA 3.0.

Last week METI held a workshop in Los Angeles with the aim of finding out if “language — or at least certain essential elements of language — might be universal throughout the cosmos.”

Noam Chomsky promoted the view that all “terrestrial languages share a common underlying structure," and the METI folks think that this might also apply to the whole universe.

For some reason, the SETI/METI people tend to assume that aliens are “far more advanced technologically than we are” and thus capable of sending intelligent messages from their home planet or spaceship tens of hundreds of light years away.

However, all signals thought to hail from intelligent aliens have been false ones, including the famous wow signal and the sounds coming from the assumed megastructure near Tabby’s star that raised hopes in the SETI community.

What is more, aliens have never bothered to answer our messages, but this has not put an end to the hope that one fine day they might do so.

However, there is no evidence that space aliens even exist.

Wall, Mike l. 2018. Intelligent Aliens Might Speak Our Language. And You Can Help Decode Their Messages. Live Science (27 May).