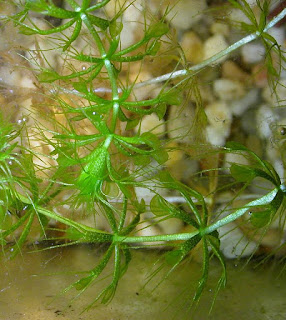 Two plants – the Venus Flytrap and the waterwheel or Aldrovanda vesiculosa – use traps to catch prey. Evolutionists assume that this strategy evolved only once in plants, so they have to assume that one of them evolved from the other.

There is no fossil evidence for this, however.

What is more, the plants are very different and use a different mechanism.

Reporting on research on the waterwheel published in the Proceedings of the Royal Society, the BBC quotes study co-author Anna Westermeier at the University of Freiburg as saying: "It's very, very small and it's very, very fast, and this puts you basically to the limits of optical resolution."

The waterwheel is an amazing plant. The BBC goes on to say:

The lobes or leaves of the waterwheel also do not change shape when they snap shut, but rather close like two halves of a mussel shell. The Venus flytrap flexes its leaves from flat to curved when enclosing its prey.”

So, a tiny plant can cause a big problem for evolution. The waterwheel looks like it was designed to cope in a post-Fall world.

The Venus flytrap knows how to count, and it’s not the only smart plant.

Trees communicate with each other, and the eucalyptus uses a clever trick to keep cool.