Carbonate Concretions Formed in Months or Years Instead of Millions of Years, New Paper Suggests 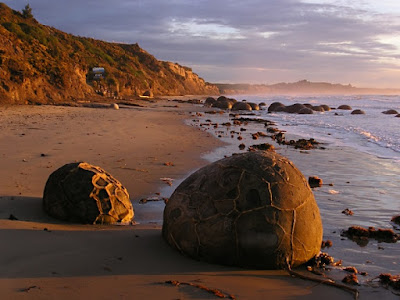 Science Daily quotes study co-author Koshi Yamamoto, who says:"Until now, the formation of spherical carbonate concretions was thought to take hundreds of thousands to millions of years … However, our results show that concretions grow at a very fast rate over several months to several years."

How about during Noah’s Flood that has also formed many other kinds of geological formations, such as giant boulders, natural archways and water-formed gaps in mountains?