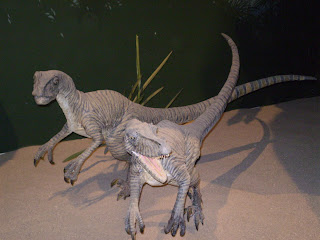 How old are we? New astonishing radiocarbon dates for dinosaur bones

According to a common myth, Roman Catholics have no problem with believing in the Bible and believing in evolution. This might be the position taken by the evolution conference held at the Gregorian University in Rome. Sponsored by the Templeton Foundation, it excluded all scientists who are critical of Darwinian evolution.

However, earlier in February, another Catholic symposium on evolution was also held in Rome. The participants of the international symposium entitled “The Theory of Evolution: A Critical Analysis” (“La Teoria dell’ Evoluzione: Un Bilancio Critico”), were Catholic scientists, philosophers and historians. Many of them had earned doctorates.

Writing for the newsletter of the Kolbe Center for the Study of Creation, a U.S. Catholic organisation that is critical of Darwinian evolution, Hugh Owen summarised some of the papers presented.

Guy Berthault, a sedimentologist, demonstrated that massive sedimentary formations could be formed “in a fraction of the time allocated to them by the conventional time scale.”

Dr. Jean de Pontcharra, who is a nuclear physicist, pointed out that radiometric dates for long ages were unreliable. He showed that the validity of the basic assumptions behind the methods was suspect.

Hugh Miller, a research chemist, disclosed interesting rabiocarbon dates for dinosaur collagen he and his co-authors, doctors Josef Holzschuh and Jean de Pontcharra, had obtained by using the accelerated mass spectrometer (AMS) method. They extracted collagen from dinosaur bones at the Glendive (MT) Dinosaur & Fossil Museum. The femur bones of both a Triceratops and a Hadrosaur contained collagen. The Triceratops was dated at 30,890 ± 380 radiocarbon years and the Hadrosaur at 23,170 ±170 years.

Interestingly, the remains of some animals such as mastodons that are known to have co-existed with modern man have yielded roughly similar dates.

The global flood in Noah’s day is the most likely cause of the dates not being even lower.

While carbon dates are not absolute, no dinosaur bone should in the evolution paradigm contain any radiocarbon. C-14 or radiocarbon is carbon’s unstable isotope that has a half life of 5 700 years so finding any radiocarbon in a 65 million year old dinosaur should in effect falsify the dogma of millions of years.

And that would mean saying goodbye to Darwinian evolution.

The proceedings of the symposium will later be published in both English and Italian.