Water, water everywhere .... but what about life? 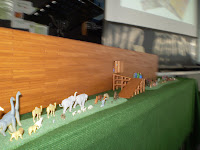 They didn't need this on Mars

Joel Kontinen
In our "just add water" culture we often think that if there's water, there's life. Time and again this old evolutionist mantra finds its way into the news headlines. Whether it is the discovery of a new rocky "super Earth" such as Gliese 581 c found last spring [1] or something much nearer, the response is often more or less the same. Ten years ago, when the media spread the news that water had been found on Mars, Dr. Ross Humphreys wrote that he was delighted. He explained:

The first reason for my delight is that it helps people imagine the Genesis flood. After all, if a planet which is presently dryer than the Gobi desert could once have been covered with water, then how much more possible would such a deluge be for the Earth—whose surface is three-quarters covered with water two miles deep? [2]
He went on to say,

The second reason is that it supports the Bible’s implication of a water origin for all things [Genesis 1:2, 6-10; 2 Peter 3:5]. Water (often as ice) is everywhere in the solar system: in comets, planetary rings, on moons of the large planets, possibly on the asteroid Ceres and at the poles of the Earth’s moon, formerly on Venus [Science News, ‘Venus: The Waters of Yesteryear’, 120:372-373, Dec. 12, 1981], presently on Earth and deep in its rocky mantle, and in the polar caps of Mars. Water, as falling chunks of ice, may have pounded out many of the craters we see everywhere in the solar system. God asks, ‘…have you seen the storehouses of the hail, which I have reserved for the time of distress …?’ (Job 38:22, 23, NAS). [3]
What does the hype about water on a "super-Earth" or Mars really tell us? As life cannot form spontaneously from non-life in water because of hydrolysis, have they at last found a new magic formula for abiogenesis?
A plausible tip: no. Magic should not be confused with science. Life only comes from life. It needs both information and an intelligent Sender, as information expert Dr. Werner Gitt explains. [4]
Nothing will not produce everything by chance over millions of years. Any number of monkeys banging a keyboard at random will not produce an intelligent message, even if one allows them a few millions of years to do so. 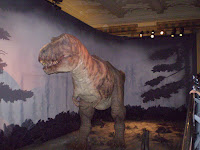 How did the dinos die?

Colossians 2:8 originally warned against Gnosticism, which was a view basically denying the incarnation of Christ. It had a somewhat evolutionary view of the origin of everything, as its very low view of the Creator God smacks of evolutionism. In their view, the creation certainly wasn’t “very good”. The gnosis or knowledge was not true knowledge but philosophical speculation of people who claimed to have special knowledge others lacked. Today’s evolutionists, with their “just so” stories also claim to know the truth. The problem is that their “truth” for instance concerning the reason why dinosaurs became extinct, has often changed. True knowledge, in contrast, does not change.
Evolutionists have a way of changing their definitions whenever it suits there purpose. They might claim evolution means “change over time” and try verbal acrobatics with the distinction between micro and macro evolution. It might be wise to drop the e word altogether and speak about devolution instead (or adaptation or speciation if we wish to be more polite), since everything is becoming less fit. Adaptation is not evolution. The changes in the size of the beak in the Galapagos finch or the ratio of dark vs. light peppered moths do not have anything to do with evolution. It’s best to call a spade a spade.
Lähettänyt bwanajoe klo 12:10

Are evolutionists sure of the “fact” of evolution?

Evolution is often presented as fact. But what do the evolutionists have to say? Two interesting examples might throw some light on the issue. I will quote the views of two evolutionists at length to show that I am not quoting them out of context:

We take the side of science in spite of the patent absurdity of some of its constructs, in spite of its failure to fulfill many of its extravagant promises of health and life, in spite of the tolerance of the scientific community for unsubstantiated just-so stories, because we have a prior commitment, a commitment to materialism.

It is not that the methods and institutions of science somehow compel us to accept a material explanation of the phenomenal world, but, on the contrary, that we are forced by our a priori adherence to material causes to create an apparatus of investigation and a set of concepts that produce material explanations, no matter how counter-intuitive, no matter how mystifying to the uninitiated. Moreover, that materialism is an absolute, for we cannot allow a Divine Foot in the door.
(Richard Lewontin, Billions and billions of demons, The New York Review of Books, p. 31, 9 January 1997).

The extreme difficulty of obtaining the necessary data, for any quantitative estimation of the efficiency of natural selection makes it seem probable that this theory will be re-established, if it be so, by the collapse of alternative explanations which are more easily attacked by observation and experiment. If so, it will present a parallel to the theory of evolution itself, a theory universally accepted not because it can be proved by logically coherent evidence to be true but because the only alternative, special creation, is clearly incredible.
(Watson D.M.S. [British palaeontologist], "Adaptation", Nature, 3119:124, August 10, 1929, pp. 231-234).
Lähettänyt bwanajoe klo 06:18