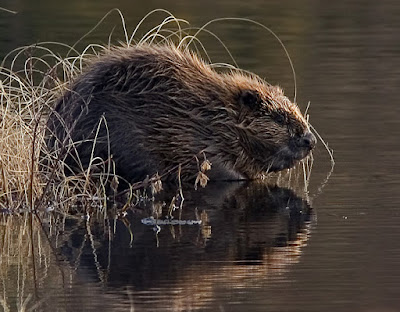 Researchers at the University of Exeter, UK, have found that beavers are great environmentalists.

Professor Richard Brazier and colleagues state that since 2011 a single family of beavers in West Devon “have built 13 dams, slowing the flow of water and creating a series of deep ponds along the course of what was once a small stream.”

The beavers have had “a significant impact … on reducing the flow of tonnes of soil and nutrients from nearby fields into a local river system.”

The study “showed the dams had trapped more than 100 tonnes of sediment, 70% of which was soil, which had eroded from 'intensively managed grassland' fields upstream. Further investigation revealed that this sediment contained high concentrations of nitrogen and phosphorus, which are nutrients known to create problems for the wildlife in rivers and streams and which also need to be removed from human water supplies to meet drinking-quality standards.”

Nature is not necessarily red in tooth and claw. Even in the post-Fall world, we can see glimpses of peace, co-operation and goodness that defy naïve Darwinian explanations.