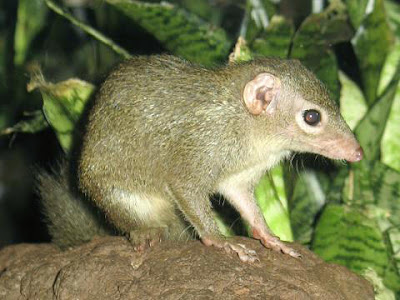 Evolution is supposed to be blind, but for some reasons it is assumed to have rules that determine the size and distribution of animals.

The island rule asserts that small mammals living on islands will on average be bigger than those on the mainland.

Bergmann's rule states that animals living in colder climates will in general be bigger than those living in warmer climates.

The problem with these rules is that not all animals follow it. A paper published in the journal Ecology and Evolution shows that the common treeshrew (Tupaia glis) breaks both rules.

An article posted on Phys.org states:

“In order to determine treeshrew body size from populations on the Malay Peninsula and 13 offshore islands, the researchers measured 260 specimens collected over the past 122 years and housed in six natural history museums in Europe and North America. They tested multiple variables, analyzing how island size, distance from the mainland, maximum sea depth between the mainland and the islands, and latitude relate to body size in the treeshrew populations. They found that the island rule and Bergmann's rule, which are rarely tested together, do not apply to common treeshrews.”

For Darwinists, the results were much worse: