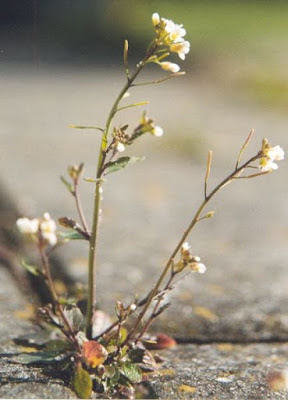 Organisms are programmed with a feature called “DNA mismatch repair (MMR). It corrects mutations that arise during the replication of the genome during cell division.”

While studying the plant Arabidopsis thaliana, University of Oxford researchers found out that the MMR prefers to repair genes rather than other areas of the genome.

“The study has important implications for human health, and is particularly useful for understanding the changes that occur in cells during the development of the tumors that underlie cancers. MMR-deficiency predisposes cells to become tumorous, presumably because MMR-deficient cells lack the gene protection that reduces the risk of mutation in the genes that normally suppress tumor formation.”

Basically, DNA correction mechanisms falsify Neo-Darwinism. There are too many intelligent solutions in cells.