Ice Age People Walked as Well as We Do 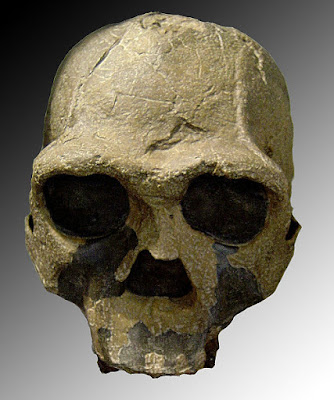 Homo ergaster plays a major role in a recent paper on human locomotion. Image courtesy of Luna04, CC BY 2.5.

New research published in the American Journal of Physical Anthropology by scientists at the Centro Nacional de Investigación sobre la Evolución Humana (CENIEH) discloses that ice age (“Pleistocene”) people walked as effectively as we do.

True to their Darwinian underpinnings, the researchers chose to call the study subjects Pleistocene hominins.

The paper falsified a key evolutionary assumption, i.e. with the passing of millions of years, purported human ancestors would gradually evolve to become more efficient walkers.

However, as an article in Science Daily puts it, “the walk of Pleistocene hominins was no less efficient energetically than that of current humans.”

Marco Vidal Cordasco, the lead author of the paper, elaborates: “The changes observed in the width of the pelvis and the length of the lower limbs did not reduce the cost of walking sufficiently to offset the rise in energy cost caused by the increased body mass.”

Previous research has shown that human size has not increased in “1.5 million years” and the recent discovery of “5.7 million year” old footprints on Crete basically falsifies the entire Darwinian scenario and draws suspicion on radiometric dating.

The fate of our purported ancestors is a big disappointment for Darwinians: Nutcracker man lived in a tree, Lucy dropped from a tree and has a baboon’s bone, Taung Child fails as an ancestor and H. naledi is too young.

CENIEH. 2017. The locomotion of hominins in the Pleistocene was just as efficient as that of current humans. Science Daily. (15 December).