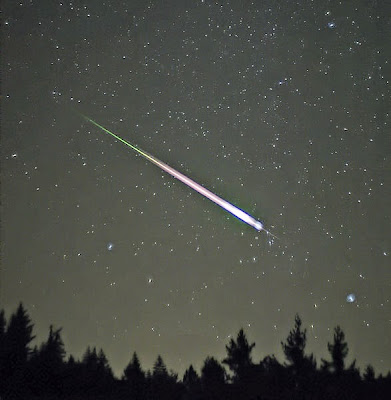 Sparks of life from space? Image courtesy of Navicore, Wikipedia.

Every now and then researchers claim that they may have solved a huge dilemma: the naturalistic origin of life.

Theories have come and gone. None of them have withstood scrutiny. A recent article in Science acknowledges:

“The origin of life on Earth is a set of paradoxes. In order for life to have gotten started, there must have been a genetic molecule—something like DNA or RNA—capable of passing along blueprints for making proteins, the workhorse molecules of life. But modern cells can’t copy DNA and RNA without the help of proteins themselves. To make matters more vexing, none of these molecules can do their jobs without fatty lipids, which provide the membranes that cells need to hold their contents inside. And in yet another chicken-and-egg complication, protein-based enzymes (encoded by genetic molecules) are needed to synthesize lipids.”

In other words, life is just too complicated to have come about by purely naturalistic means.

However, researchers want to bypass this by speculating a gradual increase in complexity.

The latest suggestion features hydrogen cyanide (HCN), hydrogen sulfide (H2S) and ultraviolet light. John Sutherland at the University of Cambridge and his colleagues assume that there was enough H2S on the early earth. Together with HCN from comets or asteroids and UV light it could have produced some kind of precursor for life.

Once again, there are too many ifs and buts. As life only comes from life and design only from intelligence, even the latest try at getting life from non-life is doomed to fail.

The most logical solution is to throw naturalistic /materialistic explanations away. “In the beginning God created…” is still by far the most plausible model.