Explaining Away the Unique Earth by Invoking a Roving Jupiter 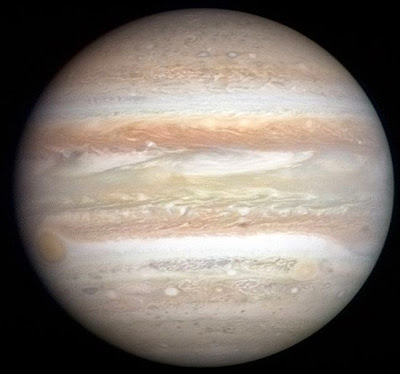 Astronomers used to assume that our solar system was by no means special. However, with the discovery of countless exosolar systems, they have to acknowledge that ours is no humdrum system.

For those who rely on solely naturalistic explanations, the uniqueness of the solar system has to be explained away. A recent paper in PNAS attempts to do this:

“The Solar System is an unusual member of the galactic planetary census in that it lacks planets that reside in close proximity to the Sun. In this work, we propose that the primordial nebula-driven process responsible for retention of Jupiter and Saturn at large orbital radii and sculpting Mars’ low mass is also responsible for clearing out the Solar System’s innermost region. Cumulatively, our results place the Solar System and the mechanisms that shaped its unique orbital architecture into a broader, extrasolar context.”

In their paper, Konstantin Batygin at the California Institute of Technology in Pasadena and Greg Laughlin at the University of California, Santa Cruz, propose that Jupiter first wandered near the Sun, driving away the assumed big gaseous planets and thus making room for the inner planets.

It was then rescued by Saturn from drifting away into space.

This sounds more like storytelling than science. There is not the slightest bit of evidence that Jupiter ever came that close to the Sun or that hot gas planets existed in “the Solar System’s innermost region”.

It seems that the main purpose of this paper is to show that Earth and our solar system are not special.