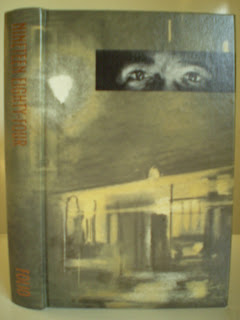 Beware what you think: Big Brother is watching (and listening)

Concepts such as Thought Police and slogans like Ignorance is Strength that George Orwell wrote about on the pages of Nineteen Eighty-Four are alive and well in our midst.

The Darwinian Thought Police have been busy recently. In Britain, they forced the resignation of a leading scientist from the Royal Society. In the United States, they questioned the competency of a politician who had the temerity to suggest she would allow a critical examination of evolution in science education.

They would gladly keep as many people as possible ignorant of the flaws of Darwinian mechanisms, i.e. natural selection acting on random mutations, as these poor souls might otherwise end up not believing in evolution.

Evolutionists have adapted a very Orwellian use of words and tactics. Thus, by “science” they really mean “evolution” as in the National Center for Science Education. They only science they ever teach is (Neo) Darwinian evolution (the goo-to-you variety). Thus, anyone disagreeing with Darwin is by definition an anti-science bigot although most of the founding fathers of modern science were Christians who believed in a literal creation and a world wide flood. It was only later that Darwinists hijacked the word science.

Now, as Richard Dawkins and many other fellow-believers would agree, evolution is a great story that seeks to replace the Christian account of creation. There is a difference between being created in the image of God and being the result of natural selection acting on random mutations.

Some Christians have tried to make their peace with Charles Darwin by trying to combine atheistic evolution with the revelation of the God of the Bible. However, just like Christ and Belial (2 Corinthians 6:15) do not mix, it is impossible to marry two great stories that are alternative ways of looking at reality.