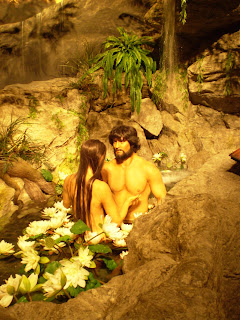 Associate Professor Steven W. Boyd, who has a Ph.D. in Hebraic and Cognate Studies, examined the text of Genesis 1:1-2:3 statistically and concluded that it was historical narrative.

The same thing is described twice in different words (man – son of man, mindful of – care for).

Genesis chapter 1 does not use such parallelism. Doctor Steven W. Boyd compared Genesis 1 to a number of Old Testament passages in which the same story is described both as historical narrative and as poetry. These include:

By computing the distribution of preterites to finite verbs and assessing the results statistically doctor Boyd concluded that the probability of Genesis 1:1 - 2:3 being prose is 0.999972604.

Probably, so far as I know, there is no professor of Hebrew or Old Testament at any world-class university who does not believe that the writer(s) of Genesis 1–11 intended to convey to their readers the ideas that:
1. creation took place in a series of six days which were the same as the days of 24 hours we now experience
2. the figures contained in the Genesis genealogies provided by simple addition a chronology from the beginning of the world up to later stages in the biblical story
3. Noah’s flood was understood to be world-wide and extinguish all human and animal life except for those in the ark.

While professor Barr did not believe that the Genesis account is literal history, he nevertheless confirmed Boyd’s conclusion.

Boyd is more consistent: he believes that Genesis 1:1-2:3 is a reliable historical account of creation. His study was part of the RATE (Radioisotopes and the Age of The Earth) project of the Institute for Creation Research (ICR).