Don’t Hurt the Feelings of Your Hibiscus! 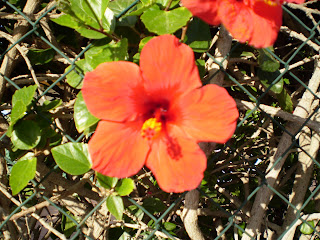 Treat me with respect.

Plants have intrinsic dignity and we should thus take an ethical approach to them. This is the conclusion reached by the Swiss Federal Ethics Committee on Non-Human Biotechnology (ECNH) in a survey study entitled The Dignity of Living Beings With Regard to Plants. Moral Consideration of Plants for Their Own Sake.

This study was awarded the 2008 Ig Nobel peace prize. The Ig Nobels are presented each year at Harvard University at about the same time as the real Nobels in Scandinavia. The ten prizes are a parody of the ones awarded in memory of Alfred Nobel.

The decisions of the Ig Nobel Committee can be surprising. In 2005 the literature prize was presented to a group of Nigerian Internet entrepreneurs who had e-mailed amazingly touching short stories to readers all over the world.

Urs Thurnherr, of the University of Education in Karlsruhe, German, a member of the Swiss Biotechnology Committee, attended the Ig Noble ceremony and accepted the peace prize on behalf of his colleagues. In his speech he asked the audience whether anyone had forgotten to water their plants. If the plants died, "did that make you uneasy in any way?”

Offending plants and causing agony to them should obviously cause us to feel compunction.

For a long time, animal rights activists have tried to do away with the differences that separate humans and animals. In 2007 they made headlines in Austria after attempting to secure juridical rights for a chimpanzee. They gave a 26-year old chimp the name Matthew Hiasl Pan, but the Austrian supreme court judged that it was not justified to regard an ape as a person. In June 2007, however, chimpanzees got limited human rights in Spain.

Animal rights activists and the Ig Noble Committee are not the only ones who try to elevate the status of chimpanzees and plants. Science text books and natural history museums also emphasise the similarities between humans and apes – and often in a misleading way.

If the differences between humans, animals and plants are made more fuzzy, we might soon have to treat our fair trade bananas ethically by not eating them.

We might discern an evolution connection in this year’s choice of the Ig Nobel peace prize. According to to the prevailing great story based on Darwinian evolution, all living beings are supposed to have evolved from the same unicellular organism before the dawn of history. One might, however, ask whether plants are really living and feeling beings.

But there are no prizes for asking such questions.

Swiss Federal Ethics Committee on Non-Human Biotechnology The Dignity of Living Beings With Regard to Plants. Moral Consideration of Plants for Their Own Sake. http://www.ekah.admin.ch/uploads/media/e-Broschure-Wurde-Pflanze-2008.pdf
Lähettänyt bwanajoe klo 03:47