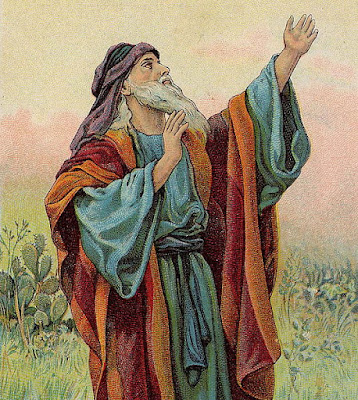 The text l’Yesha’yah[u] or ‘Belonging to Isaiah’ is probably the first extrabiblical proof of the historicity of the Old Testament prophet Isaiah.

Below this text is “the partial word nvy, which presumably spells out ‘prophet’.”

However, Dr. Mazar explains that as “the bulla has been slightly damaged at the end of the word nvy, it is not known if it originally ended with the Hebrew letter aleph, which would have resulted in the Hebrew word for ‘prophet’ and would have definitively identified the seal as the signature of the prophet Isaiah.”

The First Temple Era lasted from the inauguration of the temple in ca. 1006 BC to its destruction in 586 BC. Isaiah lived from ca 765 BC to ca 695 BC, which means that the bulla was written during the prophet’s lifetime.

Mazar’s team found the bulla only three metres (10 feet) away from the place in Jerusalem where they in 2015 unearthed a bulla with the inscription “of King Hezekiah of Judah”.

The Old Testament shows that Hezekiah often relied on Isaiah’s advice in religious and political affairs, so it would be logical to find the prophet’s bulla near to his.

Time and again, archaeology has confirmed that the Bible describes ancient history and culture accurately.

We now have archaeological evidence for the United Monarchy of David and Solomon and biblically sound dates for the Gihon Tower in Jerusalem, for instance.

The Bible recounts real events, real people and even real catastrophes, such as earthquakes.