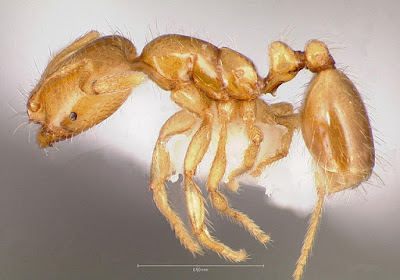 Ants have made headlines in the past few days.

Then a paper published in the journal Royal Society Open Science suggested that 60 per cent of ant species examined by researchers at the North Carolina State University used antibiotics to ward off infections.

Researchers already knew that some species of ants produced antimicrobials or “chemical compounds that kill pathogens,” but the results were a big surprise:

“The most potent antimicrobial was produced by one of the smallest ants in the study — Solenopsis molesta, also known as the thief ant — which also lives in some of the smallest colonies,” Live Science reports.

Moreover, ants are living fossils that haven’t changed in aeons.