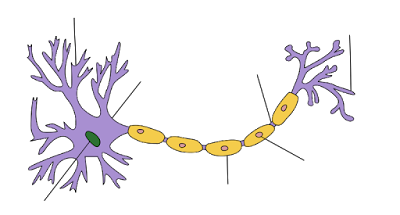 The more researchers look at the brain, the more complex – and amazing – it looks. Gone are the days when they spoke about things like humans having a lizard brain, and so on.

It seems that epigenetics and gene switches run the show. A recent report on axon repair states:

“After the human genome was deciphered, epigenetics — the study of gene regulation — has moved to the forefront with the realization that genes don't matter much until they are switched on, and that genetic switches are the fundamental reason why a skin cell doesn't look like a nerve cell, and a nerve cells functions differently than a white blood cell.”

The article discusses the function of Schwann cells that play a major role in repairing damaged axons. Researchers at the University of Wisconsin-Madison “have found a switch that redirects helper cells in the peripheral nervous system into ‘repair’ mode, a form that restores damaged axons.”

The cells seem to know when repairs are needed and how to carry them out:

“In the repair mode, but not in the normal one, Schwann cells start cleaning house, helping to dissolve myelin, which is essential for proper functioning but ironically deters regeneration after injury. ‘If you invite Schwann cells to a party,’ says [Prof. John] Svaren, ‘they will clean up the bottles and wash your dishes before they leave the house.’

John Svaren, a professor of comparative biosciences at the University of Wisconsin-Madison, is the lead author of a paper the research group published in The Journal of Neuroscience.

The research reminds us that the information programmed into our cells does things that Darwinian mechanisms never could.