Transhumanist Wants to Turn Us Into Gods 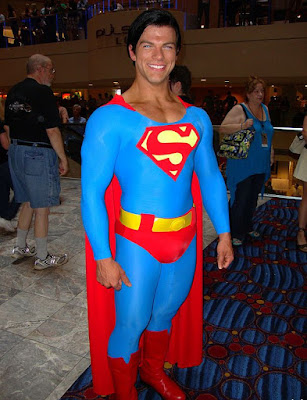 “Humans are handicapped by our biology. We operate tens of thousands of years behind evolution with our inherited instincts, which means our behavior is not suited towards its current environment.”

He seems to think that he has found a solution to our dilemma:

“Futurists like to say evolution is always late to the dinner party. We have instincts that apply to our biology in a world that existed ages ago; not a world of skyscrapers, cell phones, jet air travel, the Internet, and CRISPR gene editing technology. We must catch up to ourselves. We must evolve our thinking to adapt to where we are in the evolutionary ascent. We must force our evolution in the present day via our reasoning, inventiveness, and especially our scientific technolog. In short, we must embrace transhumanism -- the radical field of science that aims to turn humans into, for lack of a better word, gods.”

This has next to nothing to do with orthodox Darwinism that relies on random processes.

We already are wonderfully made, but we can never become gods, regardless of what we do. But we can become God’s children through faith in Christ.

“The transhumanist believes we should immediately work to improve ourselves via enhancing the human body and eliminating its weak points. This means ridding ourselves of flesh and bones, and upgrading to new cybernetic tissues, alloys, and other synthetic materials, including ones that make us cyborg-like and robotic. It also means further merging the human brain with the microchip and the impending digital frontier. Biology is for beasts, not future transhumanists.”

It seems that Mr. Istvan has read a bit more science fiction than is good for his health.

Transhumanists are by no means the first to think of superhumans. Friedrich Nietzsche toyed with the idea in the late 19th century, and Aldous Huxley envisioned his brave new world way back in 1931.

And then we heard about Superman and Batman and a big bunch of other comic book characters.

There is a tendency to see science as a secular saviour that can solve all our problems.

It might be good to remember that C. S. Lewis already warned of scientism.

Moreover, wishful thinking will not solve humanity’s basic problem that is sin.