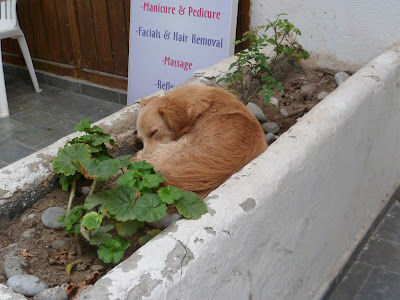 Does evolution make us – and dogs – drowsy in the early afternoon?

In a report on the pros and mostly cons of the Spanish siesta, the BBC invokes evolution as the ultimate explanation: “Millions of years of evolution have given our bodies a finely-tuned internal clock.”

This is not an isolated incident. Evolution is often used as an explanation for almost anything.

In Darwinian thinking, natural selection is almost a miracle worker. The facts speak an entirely different language, however.

The late Philip S. Skell, a member of the US National Academy of Sciences (NAS) and Emeritus Evan Pugh Professor at Pennsylvania State University, was sceptical of Darwinian explanations. Writing in The Scientist, he lamented how natural selection was used to explain practically anything:

”Natural selection makes humans self-centered and aggressive – except when it makes them altruistic and peaceable. Or natural selection produces virile men who eagerly spread their seed – except when it prefers men who are faithful protectors and providers. When an explanation is so supple that it can explain any behavior, it is difficult to test it experimentally, much less use it as a catalyst for scientific discovery.”

Mutations have not fared any better. They mostly destroy and eliminate.

In 2013, the journal Experimental Physiology published a paper by Dennis Noble, a Professor Emeritus of Oxford University, entitled Rocking the Foundations of Evolutionary Biology. He basically said that Neo-Darwinism was wrong: “All the central assumptions of the Modern Synthesis (often also called Neo-Darwinism) have been disproved.”

There’s more. Epigenetics is a big challenge for Darwinian orthodoxy.

And soft tissue in dinosaurs and marine reptiles as well as radiocarbon in dinosaur bone challenge the millions-of-years mantra.

When it comes to our internal clock, the Darwinian dimension seems to be totally superfluous – it’s merely another just so story that has nothing to do with true science.