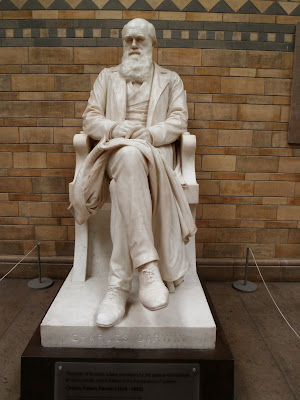 Scientific misconduct thrives in an atmosphere impregnated by the ideology that this Victorian gentleman wrote about.

“As far as we can tell, very few of those carrying out the horrors of the twentieth century worried overmuch that God was watching what they were doing,” David Berlinski writes in his book The Devil’s Delusion: Atheism and its Scientific Pretensions.

He was referring to some of the most infamous leaders of all time – who managed to kill millions of people. Most of them were atheists and they drew inspiration from Darwinian evolution.

While ISIS is certainly brutal, the atrocities committed by some evolution-believing leaders were by far much deadlier.

One might perhaps see a parallel between what happened then and what is happening now in the world of science. If researchers believe that there is no ultimate lawgiver, they might bend the rules, if they think they can get away with it.

Scientific misconduct seems to thrive in a community that embraces Darwinism.

Misconduct in science seems to be a global phenomenon. Now and then, science publications report on researchers who have distorted data or perhaps tried to make their research conclude something it doesn’t.

Recently, the journal Nature reported on misconduct in UK universities:

“Just a fraction of universities in the United Kingdom have made public the extent of their investigations into research misconduct, a survey has found — even though all have been told that they should do so.”

The survey disclosed that of the 44 universities the survey contacted, only 27 responded. Of these “only one-third had published summaries of their investigations into research misconduct for 2013–14.”

Twelve reports were published. They discussed 21 cases of alleged misconduct, including plagiarism, falsification, questions over authorship, fabrication and breach of confidentiality.

Darwinism might not be a good idea for science.

Berlinski, David. 2008. The Devil’s Delusion: Atheism and its Scientific Pretensions. New York: Crown Forum. The above quote is from pp. 26–27.