A Thinking Neanderthal Is No Longer an Oxymoron 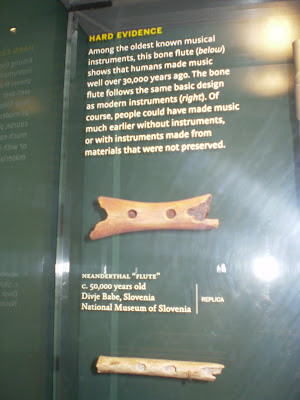 Not so long ago, evolutionists were reluctant to believe that Neanderthals could think very deeply about anything. However, in the past 150 years researchers have had to change almost everything they thought they knew about these early humans.

In this week’s issue of Nature, Clive Gamble, professor of archaeology at the University of Southampton, UK, reviews How to Think Like a Neanderthal by Thomas Wynn and Frederick Coolidge (Oxford University Press 2011), a book that attempts to examine what the Neanderthals were thinking.

The review article shows that we have our prejudices about these people who are separated from us by time and culture. Since as far as we know they have not left us written records, our best attempts at understanding them are only guesses. However, researchers no longer believe that the Neanderthals, once dismissed as primitive ape-men by early Darwinists, were so primitive after all.

According to the biblical model, the Neanderthals were Noah’s descendants who mostly lived in Europe during the ice ago following the global Flood. The harsh climate explains in part why they differed from us.