Christians Are Turning To Genesis 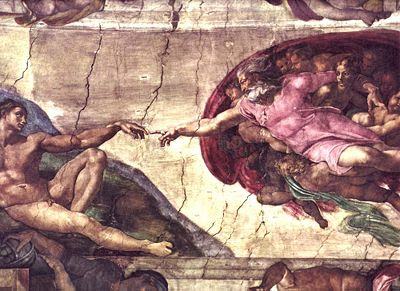 Michelangelo: The Creation of Adam (ca. 1511). Image courtesy of Wikipedia.


While the BioLogos Foundation is spreading the view that Christians can believe in evolution and the Bible, more and more laypeople think otherwise. In August, Creation Ministries International’s Super Conference in Canada brought together 800 people and tens of thousands watched the event on the Internet. This week, the All-Asian Creation Conference featuring Ken Ham and other speakers from Answers in Genesis was also a great success:

“Upwards of 1000 people attended various sessions at the All-Asian Creation Conference in Malaysia this week. Twenty countries were represented. It was amazing to meet people from Nepal, Italy, India, Indonesia, Japan, Taiwan, Australia, USA, England, the Philippines—and the list goes on,” Ken Ham, President and CEO of AiG-USA, writes in his blog.

The problem with theistic evolution is that it is incompatible with what we know of the nature of God. Genesis speaks of an initial very good creation that only later was spoiled by sin. Evolution, in contrast, has death at the very beginning.