Hidden world below the Antartica ice 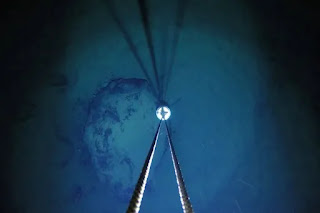 Evlutionists are jumping for joy when they found a secret world hidden below the Antarctica ice. . It is filled with tiny shrimplike creatures.

For a long time, researchers have thought that such a hidden world existed. now, they have to think that it would also be seen on the moons of Jupiter and Saturn, .