“Natan-Melech, Servant of the King” was found in a Bulla in Jerusalem, the City of David 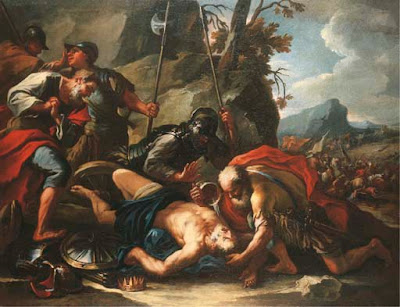 In 2007, assyriologist Dr Michael Jursa found the name Nebo-Sarsekim in a clay document in the British Museum. The details mentioned in the tablet written around 595 BC correspond to what the Book of Jeremiah says about the Babylonian siege of Jerusalem that took place during the reign of the Babylonian king Nebuchadnezzar II.

Finding archaeological support for the Bible has become so commonplace that in 2014 Biblical Archaeology Review (BAR) published an article entitled Archaeology Confirms 50 Real People in the Bible.

The number of people found in the Bible keeps on growing. The latest name is an official named Nathan-Melek, a servant of king Josiah.

“He removed from the entrance to the temple of the LORD the horses that the kings of Judah had dedicated to the sun. They were in the court[a] near the room of an official named Nathan-Melek.” (2 Kings 23:11).

“A bulla (seal impression) and a 2,600-year-old stamp bearing Hebrew names were uncovered in the City of David. the archaeologist think that it was 'likely during the Babylonian destruction of Jerusalem in 586 BC.' ”

“The title “Servant of the King” (Eved HaMelech) is appears often in the Bible to describe a high-ranking official close to the king. This title appears on other stamps and seal impressions that were found in the past. This seal impression is the first archaeological evidence of the name Biblical Nathan-Melech.”

Archaeology also states that David’s and Solomon’s kingdom was real. And it also shows that catastrophes, for instance the earthquake mentioned in Amos 1:2, were real.