More Archaeological Evidence for the United Monarchy of David and Solomon 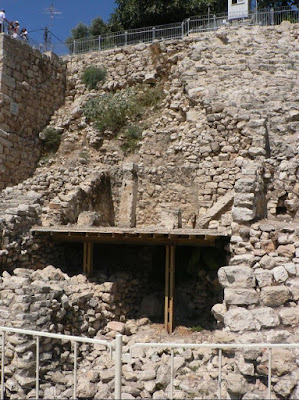 Archaeologists known as Biblical minimalists tend to believe that the Bible is historically more or less unreliable.

They have argued that Israel’s monarchs David and Solomon either were not historical figures or did not reign over the area described in the Bible.

Recently, the Israeli newspaper Haaretz published a longish article on this issue. Philippe Bohstrom takes a look at recent archaeological discoveries in Israel that probably hail from the Davidic era.

He discusses a vast copper mining operation that produced over 100,000 tons of slag and says this suggests a strong central government at a time when Egypt was in decline and Edom and Philistia had yet to rise.

“Supporting Timna's massive mining operations, therefore, required long-distance trade, or in other words, complex economic activity involving a bureaucratic apparatus. Archaeologists have indeed found evidence of imports from afar (and cloth) dating to the time of David and Solomon. Next to 5-meter high fortification walls, the archaeologists found slingstones, a variety of seeds, fish bones, and donkey bones and dung preserved well enough to be analyzed: it shows the draught animals at Timna ate hay and pomace, the pulp from pressing grapes, olives and suchlike, imported from the Mediterranean coast, more than 200 km afar,” he writes.

He goes on to mention other discoveries, such as the ruins of King David's Palace that Hebrew University professor Eilat Mazar found in 2005.

Bohstrom is not a biblical apologist and does not have an axe to grind. He does, however, ask why it is easier for some sceptics to believe that Agamemnon and other Homeric kings were historical figures but biblical characters were not, given that there is more evidence for the historicity of the latter.

Archaeology confirms biblical history, people, buildings, places and even catastrophes such as earthquakes.