New Darwinian Story: Waves Could Have Spurned the Evolution of Backbones 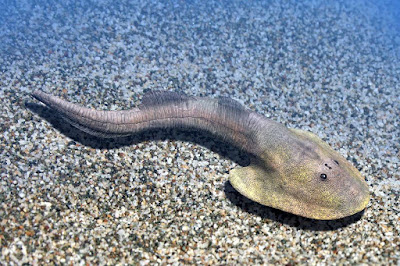 What does this rely on?

Nothing. It relies on the assumption that backbones “are thought to have begun to diversify around 480 million years ago, splitting into groups that would become jawless fish (like lampreys), cartilaginous fish (including sharks), and a lineage that includes bony fish (such as salmon),” which lead to man.

“We found that all vertebrates, from the first jawless forms to sharks and bony fishes, originated in very restricted shallow waters hugging the coast line,” says Sallan.

He thinks man was evolved in this way.

This is just one of the infamous Darwinian just so-stories.