Archaeopteryx Is a bird; Refused to Be Turned into a Darwinian Icon 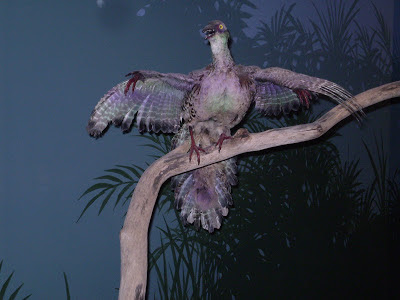 “Archaeopteryx was first recognised as a species in the 1860s. It was immediately seized on as evidence for Darwin’s theory of evolution, because it appeared to be a bird with dinosaur-like traits.”

Now, Martin Kundrát at the University of Pavol Jozef Šafárik in Slovakia and his colleagues have studied a hitherto-unexamined Archaeopteryx fossil:

“Some of the bones are hollow, which makes them lighter. Modern birds have similar bones to help them fly, implying the species could fly.”

In 2011 researchers family conducted a family tree and concluded that Archaeopteryx was a dinosaur, not a bird. The present research confronts this.

After all, Archaeopteryx confronts Darwin’s supporters by
being an enigma that will not turn into a feathered dinosaur.