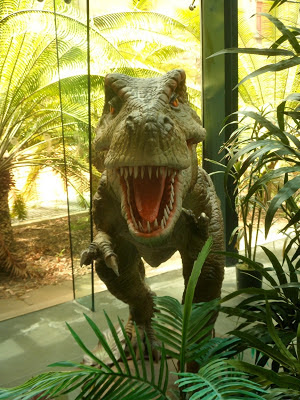 Once again: dinosaurs, fish and a mammal were found in the same fossil graveyard.

The discovery of an “elementary school age” T. rex in Montana's famous Hell Creek formation is making waves in the Darwinian community.

What is not making as big waves is the manner in which the tiny dino and several other animals met their end.

David Burnham, a preparator of vertebrate paleontology at the Biodiversity Institute, told Live Science that they died in a "quick, cataclysmic event."

But instead of occurring 67 million years ago, the cataclysm most probably took place some 4,500 years ago during the year-long global flood described in Genesis.

It would otherwise be difficult – if not impossible – to explain why a turtle, fish, dinosaurs and a placental mammal would end up in the same fossil graveyard.