Older Than the Universe? Methuselah Star HD 140283 Is a Big Problem for the Big Bang 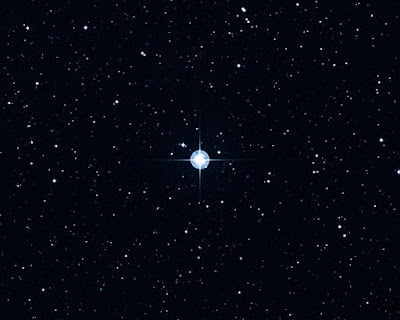 The Methuselah Star, or more formally known as HD 140283, is an enigma for those who believe the universe began with a big bang some 13.8 billion years ago.

“At just 190 light years away, we can measure its luminosity, surface temperature, and composition very precisely; we can also see that it's just beginning to evolve into the subgiant phase and towards becoming a red giant. These pieces of information, combined, allow us to get a well-constrained value for the star's age, and the result is disturbing, to say the least: 14.46 billion years,” astrophysicist Ethan Siegel writes in Forbes magazine.

And that is not its only problem. HD 140283 does not look like it is among the earliest stars:

“Yet some of the other properties it displays, like an iron content of 0.4% the Sun's, suggest that it's very old, but not quite among the very oldest stars of all. Although there is an uncertainty on the age of around 800 million years, that still places it uncomfortably early, and hints at a potential conflict between how old the stars are and how old the Universe is.”

In other words, some stars have to be older than HD 140283, if Big Bang cosmology is true.

HD 140283 is a population II star that has relatively little metal. The BB model postulates that these stars were preceded by population III stars, which are assumed to be extremely massive and hot with hardly any metal.

The Big Bang model is built on questionable assumptions, such as the initial quantum fluctuation, cosmic inflation, the elusive dark matter and missing dark energy as well as antimatter that is likewise missing.

In addition, the earliest galaxies formed too quickly.

The Genesis model does not have these problems.