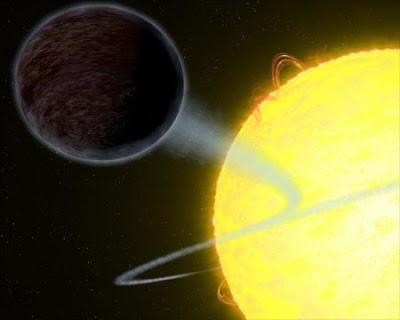 If you think that Earth is just an ordinary planet, you might probably want to think again.

Many exoplanets are weird. HD 131399 orbits in a system with three suns. HATS-14b is so strange that it has practically killed current planet-formation theories.

And then there are the hot ones. Some exoplanets are hot. Some are even hotter.

The temperate on the hot Jupiter WASP-12b 2600 is degrees Celsius. And that is not its only weird feature.

WASP-12b is egg-shaped and has a year slightly longer than one Earth day. It orbits it star some 1,400 light years from us. With almost no albedo, it hardly reflects any light and is in effect pitch black.

As far as we know, there is only one planet that is perfectly suited for life – the one we call home.