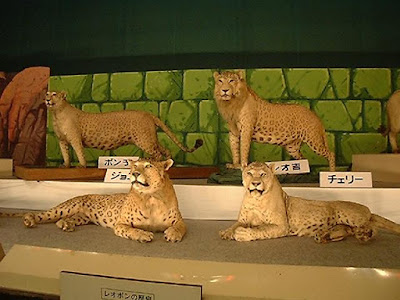 A leopon is a cross between a male leopard and a lioness. The first documented case of this exotic feline saw daylight in India in 1910 and several other leopons have since then been born in zoos.

In contrast to some other hybrids (such as grolars), they are not known to occur in the wild.

The take-away message from leopons and other hybrids is that species distinctions are fuzzy but the After Its Kind principle, introduced in Genesis, is still valid.

HYBRIDS BETWEEN LEOPARDS AND LIONS.