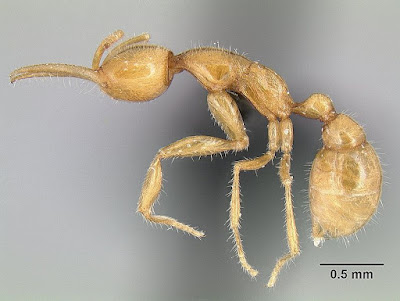 
When Edward O. Wilson saw the ant, he thought it looked so strange it could have been from Mars. The name, Martialis heureka (‘From Mars! Wow!’) started as a joke, but that is how museums and biology textbooks now know the pale ant that was found in Brazil in 2000.

It does not have compound eyes, and researchers tend to think that it hasn’t changed much in over “100 million years.”

Like other living fossils, this little ant reminds us that stasis or the lack of evolutionary change is very common in the animal kingdom.

In other words, it challenges evolutionary dogma.