BBC: Time to Forget the Holocaust? 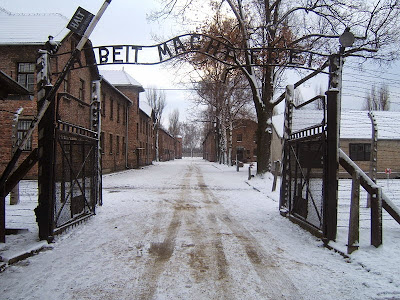 Auschwitz was liberated 70 years ago, but for many Jews it was far too late. Image courtesy of Wikipedia.

70 years ago (on January 27, 1945) the Red Army liberated Auschwitz, freeing 7,650 Jewish captives. However, for many millions, the day came far too late.

“Our one big question this morning: Is the time coming to lay the Holocaust to rest? #BBCTBQ.”

It seems that anti-Semitism is by no means dead. The BBC is not entirely free of it, either.

While the liberal western press has a gross anti-Semitist tendency, the BBC could hardly have been more insensitive. Six million Jews lost their lives because the Nazis thought they were sub-human, inferior and less evolved than Aryans.

And many more were humiliated just because they were Jews.

The answer to the big question is not blowing in the wind. It ought to be a definitive no – never.