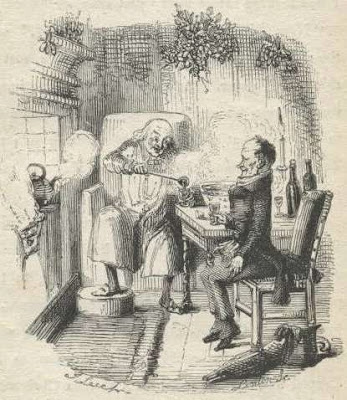 There are many Ebener Scrooges among us. Like the character in Charles Dickens’ Christmas story, they seem to hate the time we usually associate with the birth of Christ.

Christmas is obviously a hard time for atheists as they tend to spend much time and energy in trying to fight against it.

This is understandable, because if – as Christians believe – Jesus, although He was the Son of God, was born in Bethlehem in human form, atheism has to be false. This means that the very idea of Christmas is dangerous for unbelievers.

Atheists are well aware of this. As Thomas H. Huxley (1825–1895), who was known as Darwin’s Bulldog, put it, “Christian theology must stand or fall with the historical trustworthiness of the Jewish Scriptures.”

I would suggest that this also applies to atheistic dogma. It is an either – or situation.

Michael Shermer has promoted the celebration of Newtonmas on December 25 as a replacement for Christmas. This is a bit odd given that Sir Isaac Newton was a Bible-believing Christian, but it shows what atheists are willing do, if it helps them to escape Christ.

“QUESTION: This year, what do all the world's Muslims and Jews call December 25th? ANSWER: Thursday.”

He followed this up with:

“Merry Christmas to all. A Pagan holiday (BC) becomes a Religious holiday (AD). Which then becomes a Shopping holiday (USA).”

While there’s a hint of truth in his tweet, his strategy speaks more of his ideology and the wish to avoid coming to grips with the truth.

It seems that all kinds of everything that remind atheists of Jesus Christ cause them to have a bad conscience. Thus, they will go to extreme lengths to avoid confronting historical facts that remind them of the Creator and Redeemer they want to avoid.