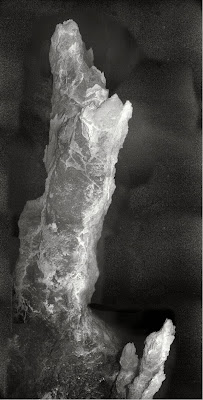 For those who reject a supernatural origin of life, answering the question of how life emerged has turned out to be an elusive quest. Since the warm little pond dream espoused by Charles Darwin, suggestions have come and gone but none have been even modestly credible.

Origin of life is a field rife with storytelling:

“Life took root more than four billion years ago on our nascent Earth, a wetter and harsher place than now, bathed in sizzling ultraviolet rays. What started out as simple cells ultimately transformed into slime molds, frogs, elephants, humans and the rest of our planet's living kingdoms. How did it all begin?”

As life only comes from life, the question of life’s naturalistic origin is a daunting one. Explanations usually teem with expressions like could have or might have.

Researchers at NASA's Jet Propulsion Laboratory and NASA's Astrobiology Institute recently proposed a solution. They speculated “how electrical energy naturally produced at the sea floor might have given rise to life.”

Originally suggested by Michael Russell in 1989, the ”water world" theory speculates that on the early earth “warm, alkaline hydrothermal vents maintained an unbalanced state with respect to the surrounding ancient, acidic ocean -- one that could have provided so-called free energy to drive the emergence of life.”

These initial speculations give rise to more detailed speculations, interspersed with the inevitable expressions might have or could have that hardly increase the reader’s confidence in the story:

“In our ancient oceans, minerals may have acted like enzymes, interacting with chemicals swimming around and driving reactions. In the water world theory, two different types of mineral ‘engines’ might have lined the walls of the chimney structures.”

While this might sound interesting, it is nothing more than typical fact-free Darwinian storytelling. They still do not have a clue as to how life emerged, merely a never ending procession of just so stories that will be rejected once they come up with a slightly more plausible scenario.