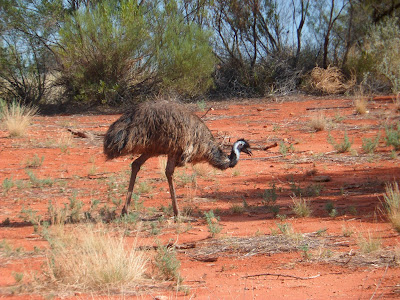 When one has to speculate that big birds lost their ability to fly on six distinct occasions, one might be tempted to think that there could be a better explanation for why some feathered creatures cannot fly.

“Huge flightless birds like emus and moas may look alike, but their genes now tell us they are only distantly related. Ancient DNA reveals that birds lost the ability to fly on six separate occasions within 10 million years. It seems the extinction of the dinosaurs created a brief window for big ground-dwelling birds, before large mammals evolved.”

There are problems with this statement. It is obviously based on the molecular clock approach that presupposes certain things about how and when birds were supposed to evolve. However, DNA cannot tell us when something happened.

The New Scientist article goes on to say:

“Alan Cooper of the University of Adelaide in Australia [and] his team sequenced mitochondrial DNA from the bones of Madagascan elephant birds, and compared it to the DNA of other flightless birds, including moas.

The DNA showed that elephant birds and moas are not evolutionary siblings at all, but more like cousins. Each evolved separately from small flying birds.”

This mixes fact and fiction. While DNA can tell us whether birds are related to other birds, it cannot tell us anything about their assumed evolution.

That is where Darwinian storytelling takes over. In just so stories, anything is possible.

But it is not necessarily true.