Well-known atheist: "I would like to encourage more people to abort” 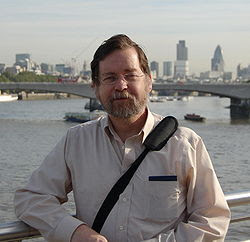 
PZ Myers, an associate professor of biology at the University of Minnesota Morris, is probably better known for his bizarre exploits in the blogosphere than for his scientific achievements. Recently he wrote a blog post in which he said he was “pro-abortion” and wanted “to encourage more people to abort.

Myers was responding to a web poll in which a couple are asking readers to help them decide whether they should have an abortion. The poll is probably a scam but Myers’ views are genuine.

Why would Myers be so enthralled with death? He says that getting rid of a foetus is no big deal since it does not have to do with a human being.

Like fellow unbeliever Peter Singer, Myers seems to be an intellectually honest atheist who admits that according to his worldview, human life has no innate worth.

Christianity emphasises man’s innate worth. In contrast to atheists, who might draw inspiration from Haeckel’s forged embryo drawings, the Bible says that a human being is fully human from conception. Created in God’s image, he or she is extremely valuable.