Where Did We Get Our Phosphorus? 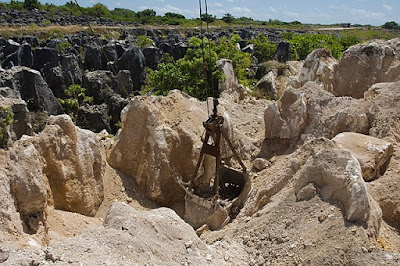 “’Phosphorus is one of the key elements in biology.’ says Matthew Pasek, an astrobiologist and geochemist at the University of South Florida.”

Now, Pasek, is on a search for who we got our phosphorus in the beginning. “Unlike the other elements essential for life, phosphorus is mainly found in solid form, whereas the likes of hydrogen, oxygen and nitrogen are often found as a gas.“ [Studying phosphorus] keeps us grounded in actual hard rock samples. Unlike the others, there is no obvious gas form, so has to come from rock sources,” Pasek says.

Meteorites also contain phosphorus. In Pasek’s thinking, published in the journal Icarus, “found that most phosphorus should be in a solid form everywhere in the Solar System, out to about Saturn.”

Mikhail Zolotov, thinks that Pasek’s work ok, but “it is contentious that gas movement toward the Sun, which was not modeled in the paper, could be faster than the diffusion of gas away from the Sun.”

Wild, Sarah , 2018. How Phosphorus Came in From the Cold. Astrobiology Magazine (September 6).