Ingredients of Life Cooking Up on Enceladus? 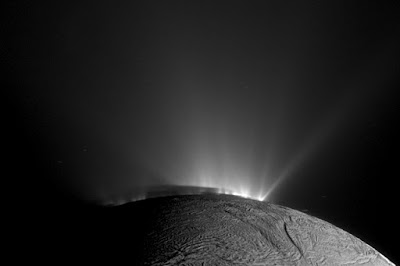 A can of sardines has all the ingredients that life needs, but its content is as dead as dead can be.

Much more than just the necessary ingredients are needed for life to suddenly pop up.

This same principle also applies to Saturn’s icy moon Enceladus that is geologically far too active for a solar system that is assumed to be 4.5 billion years old.

To solve this dilemma, some secular scientists, for instance Gaël Choblet at the University of Nantes, France, and colleagues, have to invoke tidal forces caused by Saturn’s gravity,

“Choblet and his team found that the tidal heating effect could persist for tens of millions to billions of years, giving any potential life plenty of time to evolve in the resulting warm, chemically diverse areas.”

However, this is not a discovery; it is an assumption based to the belief that Saturn and its moons are billions of years old.

And it might be good to keep in mind that life only comes from life.

All secular origin of life hypotheses are speculations and /or wishful thinking.

They are certainly not supported by facts.

Water does not magically turn into molecules or even mice in our solar system or anywhere else.