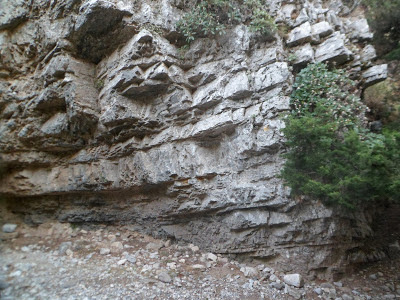 It’s hard to get free will and consciousness from rocks.

If we believe that matter is the only thing that exists, we’re heading towards great trouble, as the immaterial realm is anything but imaginary.

Thus, consciousness and free will are hard dilemmas for evolutionists.

In 2014 Michael Graziano, a professor of psychology and neuroscience at Princeton, wrote an opinion piece in The New York Times in which he admitted that consciousness was a “ghostly thing” - seen from a Darwinian perspective, that is.

If this evolutionary conception of consciousness were applied coherently, it would mean the end of the idea of self.

However, recently two psychologists tried to navigate around this skerry. Writing in The Conversation, David A Oakley (Emeritus Professor of Psychology at University College London) and Peter Halligan (Hon Professor of Neuropsychology at Cardiff University) attempt to explain away both consciousness and free will:

“It’s easy to assume that these contents of consciousness are somehow chosen, caused or controlled by our personal awareness – after all, thoughts don’t exist until until we think them. But in a new research paper in Frontiers of Psychology, we argue that this is a mistake.

We suggest that our personal awareness does not create, cause or choose our beliefs, feelings or perceptions. Instead, the contents of consciousness are generated ‘behind the scenes’ by fast, efficient, non-conscious systems in our brains. All this happens without any interference from our personal awareness, which sits passively in the passenger seat while these processes occur.

Put simply, we don’t consciously choose our thoughts or our feelings – we become aware of them.”

This has repercussions for the idea of free will:

“We argue that free will and personal responsibility are notions that have been constructed by society.”

This sounds like an excuse to avoid being accountable for our actions, and is very unbiblical notion.

Oakley, David A. and Peter Halligan. 2017. What if consciousness is not what drives the human mind? The Conversation (22 November).