Religion According to Evolution: Replacing One Just-So Story with Another 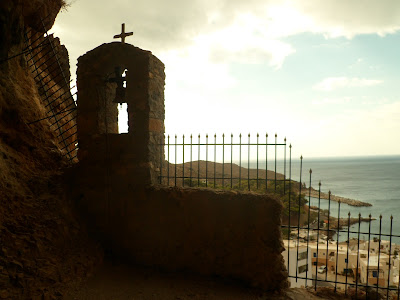 Atheists have a hard time trying to figure out why religion is a global phenomenon.

When it comes to religion, evolutionists have a huge problem: religious faith is not about to become extinct even though western society is getting increasingly secularised.

Since the days of Darwin and Freud, they have seen religion as belonging to the more primitive stages of human history.

Writing in The Conversation, Associate Professor Peter Kevern discusses the old Darwinian story of the origin of evolution:

”Our brains are hardwired with cognitive biases that have evolved in order to help us to survive, but which have the side-effect of making it natural to develop religious belief. For example, we are cognitively predisposed to imagine that every rustle in the bushes is a creature watching our every move: this hyperactive agency detection device was of real benefit to early humans alone in the jungle. It might have caused our early ancestors to run away from a few imaginary tigers, but they also will have escaped one that might otherwise have eaten them. The side effect, however, is that we see unseen watchers everywhere. From this point, it is a relatively easy leap to believe in gods that watch over us, unseen.”

Then he suggest that this is merely a just so story.

He proposes a new approach in which religion means different things to different individuals. It is a need-centered model that also fits the label of ”just-so story.”

In the world of evolution one gets to pick a story that is no more convincing than all the others. It fails to disclose why many people tend to embrace a religion. It does not delve into our inner search for meaning and truth.

Kevern, Peter. 2017.Could it be that religion is more like sex than school? The Conversation (29 September).