Early Bird Preened Its Feathers – Just Like Modern Ones 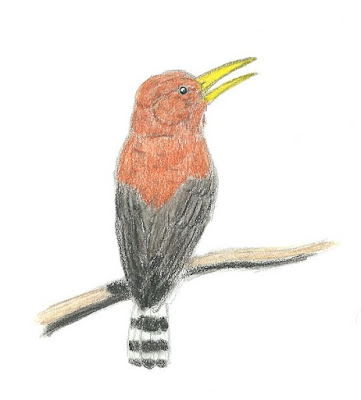 An early bird could have looked like this. Image courtesy of El fosilmaníaco, CC BY-SA 4.0..

Birds have not changed their habits – or anatomy – for ”48 million years”.

A paper published in the journal Proceedings of the Royal Society B describes a fossilized bird found in the Messel Pit in Germany.

An article in Phys.org discloses what was special about this bird:

”Upon examination of the remains, the team discovered an object near where its tail feathers had once been, which looked similar to the uropygial gland in modern birds—it produces an oil for feather preening. Preening with an oily material waterproofs feathers, and in some cases, can help birds ward off bacteria and fungi.”