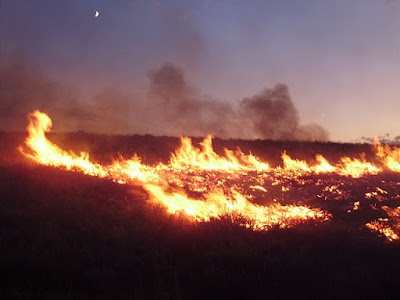 Secular scenarios are often so full of gaps that to go from a to b (say, for instance, from an ape-like creature to a human being) requires good jumping skills and a fair amount of imagination.

Origin of life scenarios are particularly interesting, as they tend to be remarkably short-lived, but almost every stage of evolution has its impassable hurdles.

A new study looks at the environment that assumedly made our ancestors’ evolution possible. It suggests that some exploding stars, savannah, lightning and wildfire were needed to kickstart hominid evolution.

Would this be plausible? No, nothing except pre-programming could even in theory turn assumed ape-men into humans, and in practice that just didn’t happen, as in contrast to what the folks over at BioLogos claim, there is no programmer in evolution.

We are truly fearfully and wonderfully made.