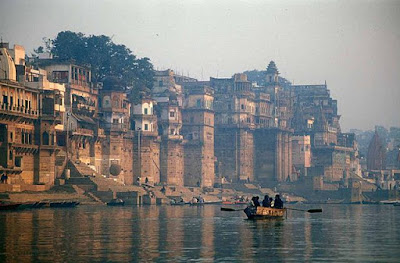 In a world seeped with Darwinian thinking, it is difficult for some people to see that humans are special, made in the image of God.

Animal rights activists, who tend to embrace evolutionary thinking, have for years tried to blur the differences between humans and animals.

In January 2008 a chimpanzee named Matthew Hiasl Pan made headlines throughout the world as activists attempted to get the Austrian High Court to grant it the status of a person. The court refused to do so, however.

In June 2008 the environmental committee of the Spanish parliament approved a resolution that called for the right to life and freedom for great apes.

In early 2010, Thomas White, a professor of ethics at Loyola Marymount University in Los Angeles, caused a stir by suggesting that dolphins should be treated as ”non-human persons."

In 2014, Professor Peter Singer wanted to re-define chimpanzees as people.

Some activists are not content with giving human rights to animals. They also want to give them to rivers.

Last week, the Whanganui River in New Zealand became the first river to get human rights. India was quick to follow suit.

“A court in northern Indian has given the Ganges and Yamuna rivers the status of ‘living human entities’.

The high court in the Himalayan state of Uttarakhand said this would help in the ‘preservation and conservation’ of the highly polluted rivers.

It added that the ‘legal status’ ensures that polluting the rivers would now amount to harming a human being.”

While the motive behind the decision might be excellent, only humans can be “living human entities.”

Rivers will remain rivers, regardless of whether they are deemed to be sacred by adherents of a religion or not.

Pollution is a serious issue and so is pretending that inanimate things can be persons.