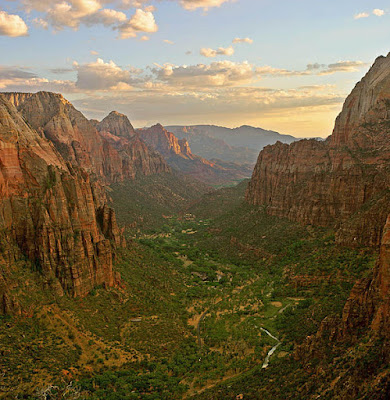 Geological features can be formed – and destroyed – in almost an instant.

Recently, the BBC reported on a massive landslide in the Zion Canyon that brought down “some 286 million cubic metres of debris - enough to cover New York's Central Park to a depth of about 80m.”

It reshaped the canyon.

Dr. Jeff Moore, who wrote a paper on the events with his colleagues at the University of Utah, thinks the catastrophe occurred some 4,800 years ago, which would be the approximate time of Noah’s global Flood.

However, since radiometric dating methods tend to give inflated dates, this massive landslide could well have taken place during the post-Flood ice age.

What is important is that we don’t have to wait for millions of years for landscapes to change. Just think of Surtsey and Mount Saint Helens, for instance.

We see many other challenges for the millions of years dogma in mega tsunamis, precariously balanced rocks and the imposing Natural Archway in the Sahara Desert.