Fatty Darwinian Story: "Fat Tissue Evolved to Protect Us From Ourselves" 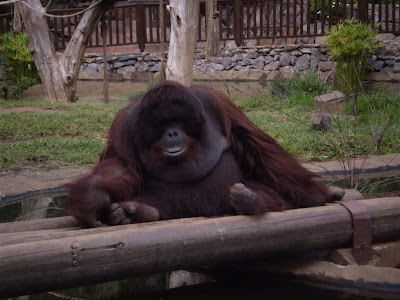 Evolution would be boring without a never-ending stream of new just so stories that often contradict each other, but they do keep on making headlines across the popular media.

Some others have to do with our body parts, such as our hands or brains.

A fresh story features our ability to use fat. As usual, the journal Nature sees a Darwinian connection to it. The subheading of its editorial – Humans’ exceptional ability to burn through calories fuels our evolution – already suggests what is to come.

Humans burn more energy than chimpanzees, bonobos, gorillas or orangutans. As Nature puts it, we have

“evolved to use more energy. We are the original consumer society: our increased demand for physiological energy is driven by our more efficient way of walking, the energy-dense foods such as meat and tubers we have found, and the methods of cooking we have invented and adopted.”

A fundamental problem with Darwinian stories is that the data do not necessarily support the conclusions that seem to have been added afterwards, just to keep the evolution community happy.

In this case, the conclusion ('humans are evolved apes') does not follow from the data ('humans burn more energy than apes'). It is a worldview-based interpretation, and a rather clumsy one at that.

Contrary to what evolutionists claim, we are very different from chimpanzees and other apes. Even Nature is willing to acknowledge that the Y chromosomes of the chimpanzee (Pan troglodytes) and humans are ”horrendously different from each other.”

Many other details, such as the golden ratio in us, suggest that we are indeed fearfully and wonderfully made, just like the Bible tells us.