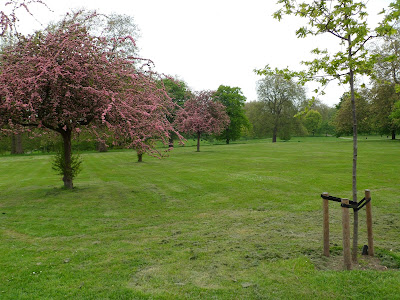 We knew trees and other plants display signs of intelligence, but we obviously never expected them to sleep.

Now, however, New Scientist has an intriguing article on “sleeping” trees:

“They don’t snore, but might creak during their slumbers. For the first time, trees have been shown to undergo physical changes at night that can be likened to sleep, or at least to day-night cycles that have been observed experimentally in smaller plants.”

While it might be too early to say that trees actually sleep, they obviously do seem to lessen their activity, at least a little:

“Branches of birch trees have now been seen drooping by as much as 10 centimetres at the tips towards the end of the night.”

“Photosynthesis stops in the dark, so this in itself may explain why the branches droop,” says András Zlinszky (Centre for Ecological Research in Tihany, Hungary), who recently wrote a paper on the nocturnal life of birches with Eetu Puttonen (Finnish Geospatial Research Institute) and other colleagues.

However, we do know that trees and other plants are not dumb. Smart plants use clever tricks to avoid being eaten, and the Venus Flytrap seems to be able to count.

Professor Richard Karban (University of California, Davis) has said, “‘Plants communicate, signaling within [themselves], eavesdropping on neighboring individuals, and exchanging information with other organisms’. They have adaptive responses that, if they happened at speeds humans understand, would reveal them to be ‘brilliant at solving problems related to their existence.’ ”

This does not sound like a Darwinian world at all. The real world is full of intelligent features. So perhaps trees do sleep. Who knows?