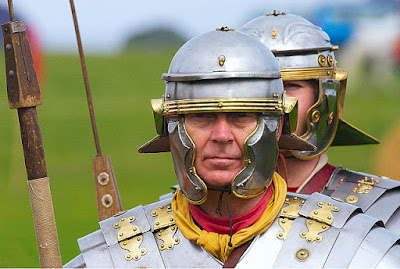 
Evolution in action is a catchphrase that Darwinists use when they think that they can see small changes within one and the same species. It often has to do with finches turning into finches or bacteria turning into bacteria.

But when that species happens to be us (H. sapiens), it is bound to make bold and misleading headlines.

According to an article in Science:

“ ’Being able to look at selection in action is exciting,’ says Molly Przeworski, an evolutionary biologist at Columbia University. The studies show how the human genome quickly responds to new conditions in subtle but meaningful ways, she says. ‘It’s a game-changer in terms of understanding evolution.’ ”

Genomic studies show that there are more blond and blue-eyed Brits now than in Roman times and they tend to be taller than what their ancestors were some 2,000 years ago.

But is this evolution in the orthodox Darwinian sense of the word? While the Brits might have been slightly shorter and more dark-haired in the beginning, they were humans, just as they were at the end of the story.

Most evolution headlines have amounted to mere speculations. Here are some examples:

· Human evolution is over.
· Eating meat made us human.
· The human hand is primitive.

And it is quite a stretch to claim that humans are evolving, when the research merely looked at Anglo-Saxons. I don’t see such changes in me, for instance. While I’m probably a bit taller than the average legionary (ok, maybe some change here), my hair (brown) and eyes (greyish-green with a touch of brown) have obviously forgotten to evolve with the times.

But, then, I’m not British, even though I like my 5 o’clock tea (milk but no sugar, just like the Queen). Or am I digressing?

Pennisi, Elizabeth. 2016. Humans are still evolving—and we can watch it happen. Science. (17 May).