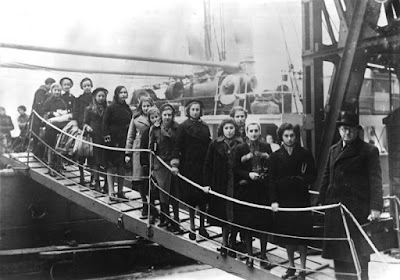 After the infamous Kristallnacht in late 1938 Nicholas Winton, a young British stockbroker, heard about the plight of Jewish children in Nazi occupied Czechoslovakia.

He managed to get 669 of the children to safety in Britain by putting them on trains in an operation that came to be known as the Kindertransport or child transport. Had he failed to do so, most of them would have perished in concentration camps.

Sir Nicholas Winton, who was of Jewish descent, was one of the few humanitarian heroes of an otherwise dark and gloomy era when the Nazis used science against humanity.