Cutting Down Darwin’s Tree of Life 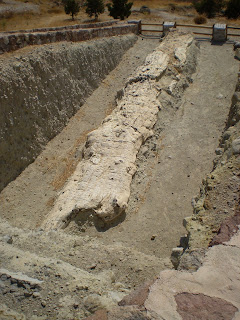 It has fallen, never to rise again.


The passing of time has not been kind to Darwinian evolution. It has lost many of its icons that were once seen as irresistible proof of the theory.

Vestigial organs went out ages ago. Then came the turn for junk DNA to make an exit. Natural selection as an all-powerful Darwinian explanation also left the building some time ago. The same applies to mutations. A major complication for evolutionists is that mutations are not as random as they would like to believe.

And most of them cause more harm than good.

In January 2009 New Scientist was willing to say goodbye to Darwin’s tree of life. More recently, in August 2013, Scot Kelchner, associate professor of systematics and evolution at Idaho State University, and colleagues published a paper in Trends in Genetics, suggesting that the tree should be replaced by a network.

This would do away with the idea of a single ancestor for all of life.

Moreover, it would in effect mean than most of what ardent evolutionists like Richard Dawkins have been saying for decades is wrong.

What is left? Not much, except a very outdated atheistic ideology.

Amending the Tree of Life: Article advocates for shift in evolutionary and genomic research. Phys.org Aug 29, 2013.